Here is a continuation of our LA Block. I didn't record all the 6th sense tie-ins, but will try to record things better in the future. I am including a lot of pictures of our MLB's to provide a lot of visual, which some people might find helpful :D

W - "The Fisherman and His Wife" by Bros. Grimm 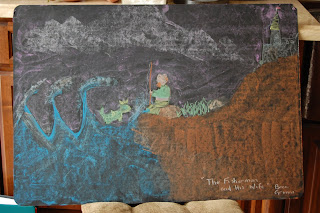 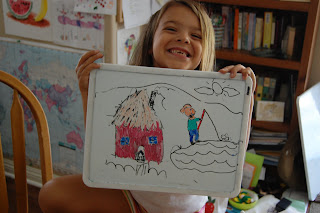 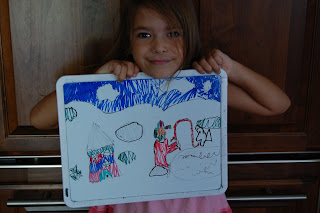 While our chalk and white board drawings incorporated waves, we decided in our main lesson books, to draw witches on a broom, as seen in the "Living Alphabet" book, which is out of print and has been replaced with the "Waldorf Alphabet Book". 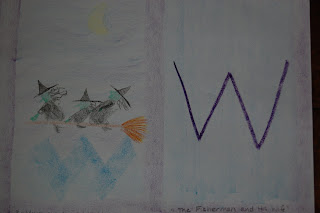 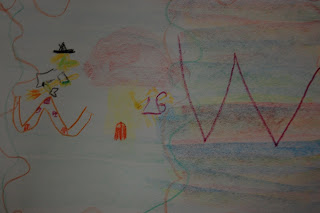 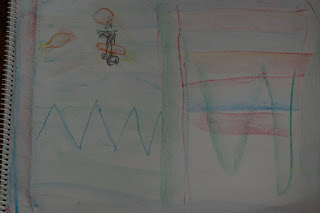 C - "Cat and Mouse in Partnership" by Bros. Grimm 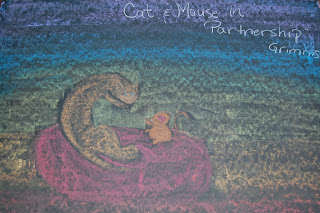 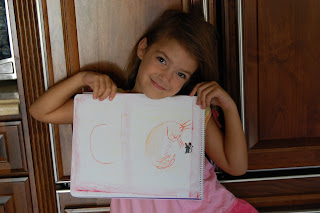 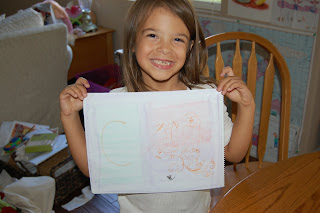 We smelled spices like Cayenne Pepper, Cinnamon, and Curry and ate carrots. 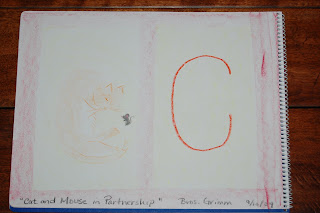 We also finally enjoyed our Crayon Pouches that I made for the girls. I found a free pattern online, but decided to use felt instead of denim and it was so thick when I turned it inside out that I scrapped it and played around until I found one to suit our needs for both block and stick crayons.

I ended up using three sheets of felt, a cotton cover, and yarn which we finger knitted to make the tie. I don't have a sewing machine so it was all done by hand. The girls chose their own colors. 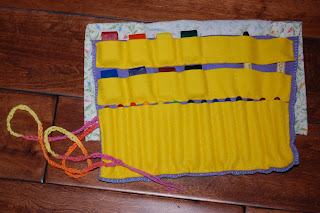 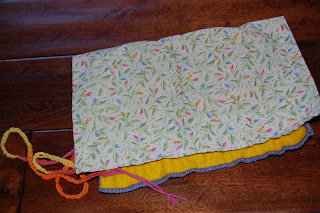 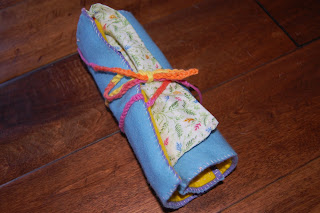 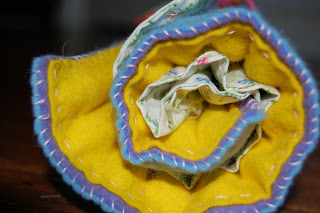 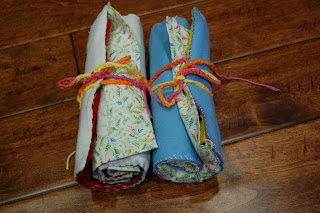 And then we continued with our Language Arts block... 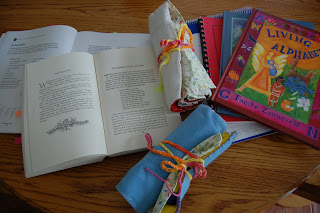 F - "The Lambkin and the Little Fish" by Bros. Grimm 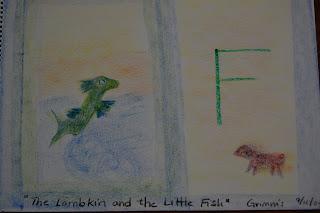 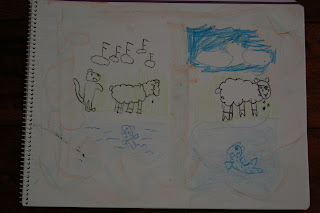 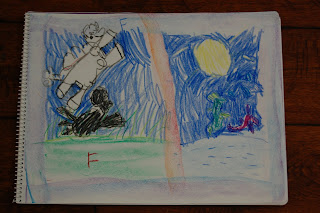 We ate quite a lot of fruit and checked out Fennel seeds.
H - "The Hut in the Forest" by Bros. Grimm 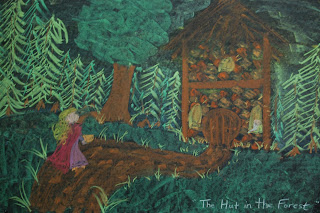 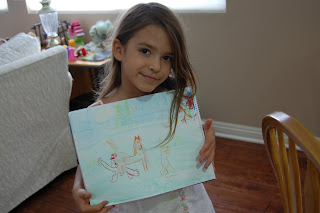 Elena decided to draw a horse instead, inspired by Famke Zonneveld's illustration of "H" in "The Living Alphabet" book.

Charley drew a hut on her white board and a horse in her MLB. 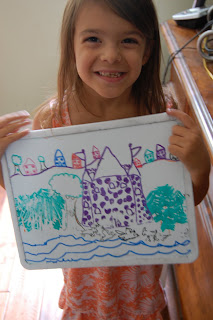 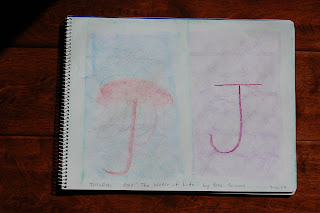 We drew Jellyfish in our MLB's. After realizing that some of the illustrations are just too overwhelming for 6 year olds, I decided to try to make them a bit more simple. The Jellyfish was easy enough for them and much better than the drawing I did - lol! 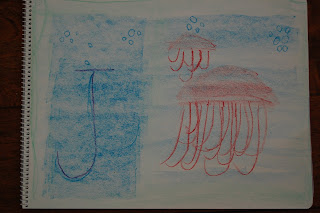 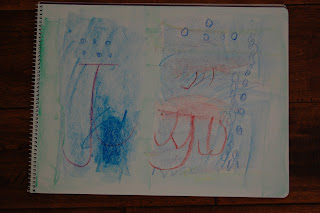 We tasted some Jam and played by jumping around the room and jumping over sticks in the backyard.
Posted by Jen at 9:55 AM