Grade 1: Environmental Studies/Nature Block Summary on the Four Elements in our Surroundings/Oceanlife 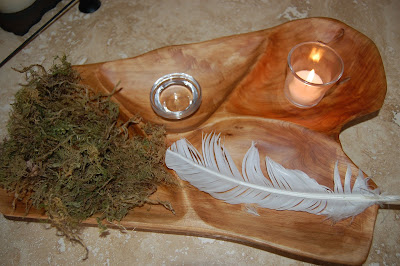 Mother Earth
Mother Earth, Mother Earth, take our seed and give it birth.
Sister Rain, Sister Rain, shed they tears to swell the grain.
Father Sun, Gleam and glow, until the roots begin to grow.
Brother Wind, Breathe and blow then the blade green will grow
Earth and Sun, And wind and rain, turn to gold the living grain.
~ Eileen Hutchins
We wrapped up our Grade 1 Nature Block/Environmental Studies block on the Four Elements in relation to the world around us, choosing the ocean as our theme. Over the past four weeks, we broke down the four elements (earth, water, air, and fire) into a story I made up about a tiny harbor seal pup and her adventures. After the story concluded, we reviewed the Four Elements and drew a picture in our Main Lesson Books to reflect this. 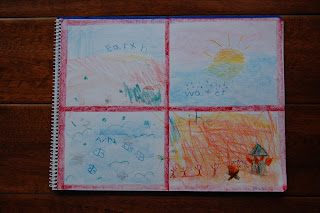 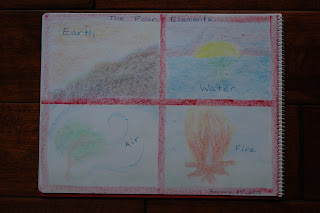 I found a wonderful little story to conclude our block in the Margaret Peckham book, "Fairy Tales", which is geared toward Grade 1. The story is called, "The Little Boy and the Four Elements" and is about a little boy who, normally good natured, becomes possessive over a delicious red apple, refusing to share with anyone else, including the woodland animals. As a result, the Sun Fire Fairies, the Water Undines,the Air Sylphs, and the Little Earth Gnomes abandon him. In despair, he runs into the forest and gets lost, only to be captured by a giant who takes him home for the cook to fatten up. Eventually, the elemental friends return to his aid and save him from the mouth of the giant and he returns to his family and lives happily ever after. While I haven't enjoyed all of Margaret Peckham's tales (in her Nature Tales book) due to some language issues, we really enjoyed this story. Charley even requested it a second time an hour later, so I know it was sitting in her subconscious.

As a review and summary, here are the books/articles that we used in this block:

- "A Path of Discovery Volume One: Grade One" by Eric Fairman
- "Grade One and Two "Science" Curriculum" from Marsha Johnson's Files Section
- "A Journey Through Time in Verse and Rhyme" by Heather Thomas
- "Verses and Poems and Stories to Tell" by Dorothy Harrer
- "Fairy Tales" by Margaret Peckham
- Norse Fairytale "Why the Sea is Salt"
- "Jack and the Beanstalk" by Joseph Jacobs
- "Beyond the Beach Blanket: A Field Guide to Southern California Coastal Wildlife" by Marina Curtis Tidwell
- "The Return of the Sun King" by Christine Natale
- "Mia's Apple Tree" by Nancy Jewel Poer (see review for this book here)

Our four week science breakdown with my stories can be found here:

Tomorrow for our Friday Book Review, I will review a book that goes along with the Four Elements! Until then, enjoy our Four Element layout below...earth (moss), water (water in a glass painting cup), air (feather in representation), and fire (candle) 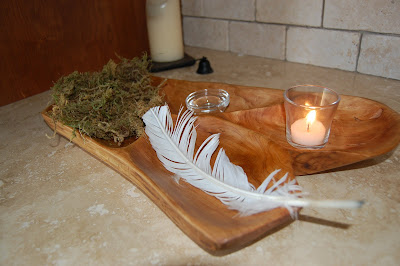