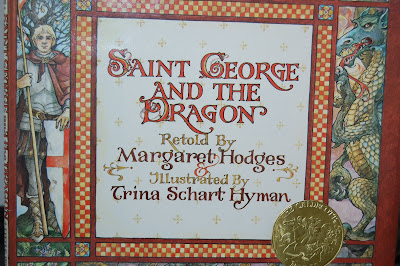 The True Dragon
St George was out walking
He met a dragon on a hill,
It was wise and wonderful
Too glorious to kill
It slept amongst the wild thyme
Where the oxlips and violets grow
Its skin was a luminous fire
That made the English landscape glow
Its tears were England’s crystal rivers
Its breath the mist on England’s moors
Its larder was England’s orchards,
Its house was without doors
St George was in awe of it
It was a thing apart
He hid the sleeping dragon
Inside every English heart
So on this day let’s celebrate
England’s valleys full of light,
The green fire of the landscape
Lakes shivering with delight
Let’s celebrate St George’s Day,
The dragon in repose;
The brilliant lark ascending,
The yew, the oak, the rose
~Brian Patten 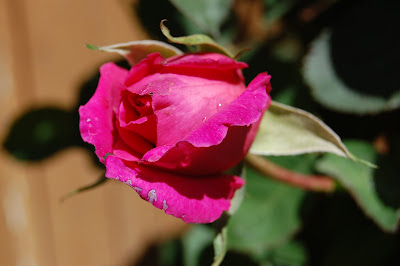 Today, we celebrate St. George and the legend of the dragon he slew to save the fair princess who was ill-fated to end her life in the fierce clutches of the beast.
At least that's one version of it... 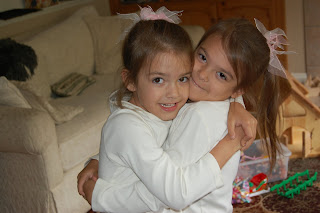 St. George was named as the Protector of England around the time of King Edward III. Legend claims that centuries earlier, when Christians were being persecuted, St. George vowed to fight for the cause. He sold all he had, freed his slaves and set out on his quest. Along the way, he discovered a princess and a fierce dragon. He subdued the monster and slew the winged creature.

In reality, though he had fought bravely as a Roman soldier, the Roman Emperor Diocletian did not accept his plea to end the persecution of the Christians. He was subsequently captured and tortured before being beheaded by the Emperor on April 23, 303 A.D. To the end, St. George never renounced his religious beliefs.

He is now remembered and celebrated for his brilliant courage, his quest for truth and justice as a champion of the oppressed. He is associated with the rose, England's national flower. So on this day, in memory of his death, the English who celebrate him place a rose on the table to honour this brave soldier...

The girls and I wanted to do a bit more to mark this day. I had found the book, "Saint George and the Dragon" retold by Margaret Hodges at the library and bought it for 25 cents. We have been reading it all this week and thought it would be fun to felt the dragon and Saint George for our nature table.
I began with the dragon's head, going off of illustrations in the book... 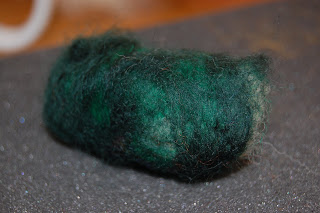 And then sculpted the body around a pipe cleaner to give it strength and some flexibility in holding the desired shape. 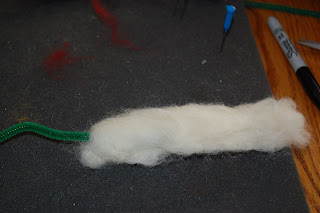 The wings were fun - just a pipe cleaner with green wool wrapped around the edges. 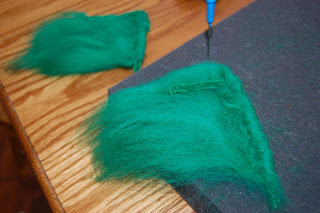 Here's a top shot of the dragon's head. I added "fire" coming from his nostrils and mouth. He didn't look as angry as the illustrations in the book, which was good :) I used two shades of green wool and then on his underbelly, I used a little yellow to represent his scales. 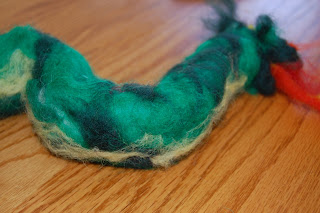 And finally - VOILA! Here is his basic body without his claws... 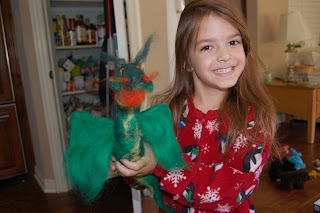 He ended up being pretty darn big! 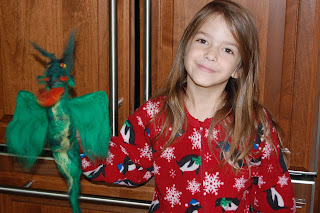 Here's a side-view to see the fire coming from his nostrils and mouth. 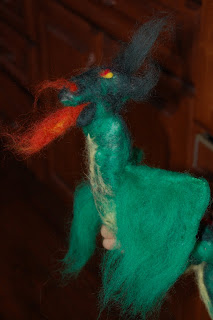 I kind of liked him better without the claws, but the girls really wanted him to have them, so we added them - looks a little godzilla-like now, but I did like his nails and now he stood unsupported... 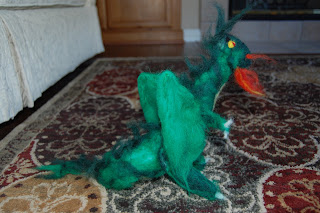 The flower-fairies huddled together at the arrival of the Dragon... 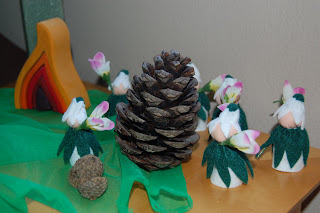 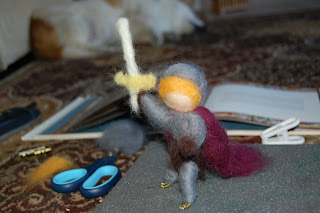 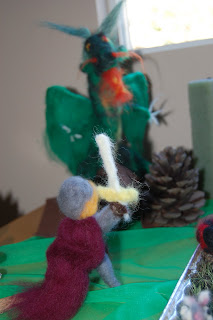 Oops - forgot George's famous shield...he needs that to fend off the flames! 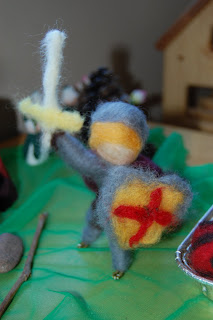 Finally, our scene was ready. The candle was lit, the book was read and we could stand back and admire the scene on the nature table and imagine a time of dragons and magic and princesses! 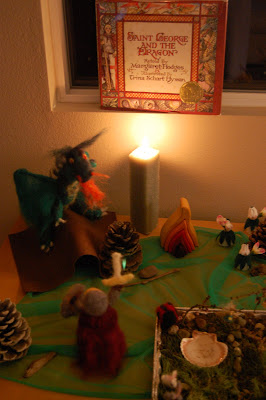 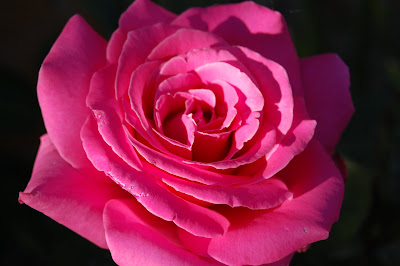