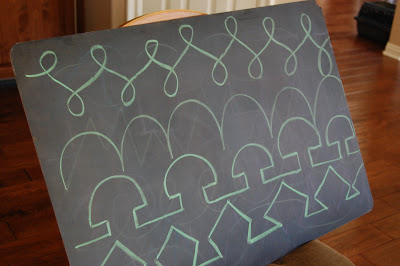 Finally trying to get caught up here...
We started the first week of Sept with a 2 week review of old forms we learned in Grade 1 last year, using Chumash trickster tales. It was actually really fun to pick stories and then forms to weave into the tales.
I love to begin my school with a special baking of muffins or breads. This block, we began with special corn muffins and I had them baking in the oven as the girls rose out of their beds and wiped the sleepiness from their eyes.

They came downstairs with unbrushed hair and teeth to a clean kitchen table, with fresh muffins and our verse candle just waiting for morning prayers and verse... 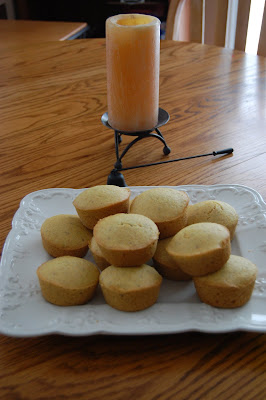 I am trying to keep the girls moving, especially when learning, so I had bought a wonderful jump rope from Kinderkram (I think) during a GreenTaraMama Yahoo Group holiday sale last year. I wanted a long one so we could use it to walk forms on, jump rope, lasso, you name it! I attached the end to our pantry door and then just turn one handle and the girls can jump away. They had fun twirling for each other while we readapted a traditional rhyme from Anna Banana...

Many of the jump rope rhymes need tweaking, so I try to take them and make them our own. Since we are celebrating Michaelmas at the end of this month and have a dragon theme working through our books, we took this:
Standing on the corner
Chewing bubble gum.
Along came a beggar
And asked me for some.
and changed it to
Playing in the meadow
Chewing on a plum.
Along came a dragon
And asked me for some.
Posted by Jen at 3:03 PM