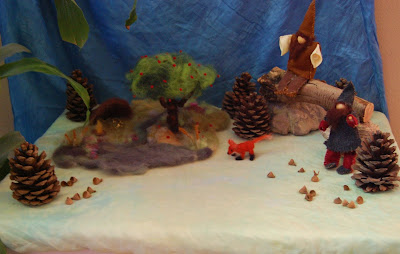 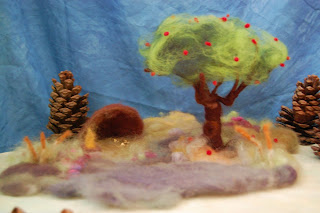 The air is starting to cool (at night, at least) in Southern Cal. Though our next few days are set to be in the low 100's by our house, signs of fall are approaching.
Time for the apples on the trees to redden and the bright greens to change... 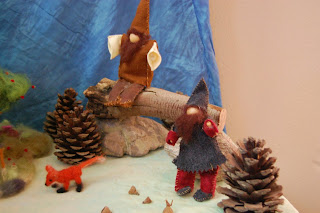 Time for Pine Cone and Pepper Pot to emerge for some story telling adventures among the acorns and the fallen logs, along with Reynard the Fox - ready for our 2nd Grade trickster tales... 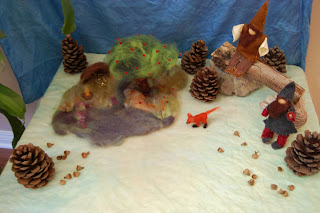 And if you look close enough, you can see some golden gems the little gnomes have brought up from deep within the earth's cave as they sit by the fire and share stories of adventure and lore...

I also wanted to give a shout out of appreciation to anyone who put in a vote for my blog during The Waldorf Connection's *Best Waldorf Blogs* contest! I was excited to be give a spot in the top 10 (or 11) among all of those really amazing blogs. And I was honestly surprised to not see some of the other most deserving blogs listed in there, as well! The results can be seen here.