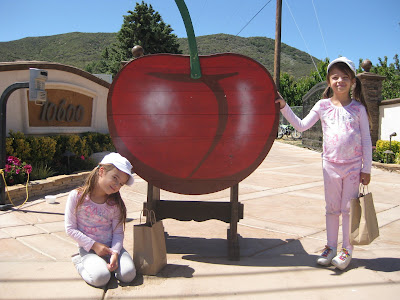 On Monday, we drove about 40 minutes to Leona Valley to go cherry picking at Rhodes Orchard, which is one of the largest cherry orchards in Southern California. They are entirely customer picked cherries - no mass marketing or selling of these yummy treats. Over 7 acres of lush cherries are available for the picking for only 3 weeks out of every year. Our local homeschooling group has gone for 7 consecutive years. This was our first year and we can't wait to go again! 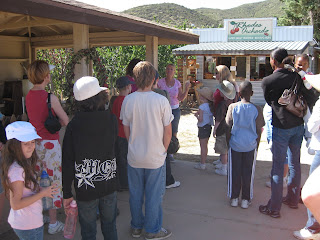 As usual, we were the turtles of the group and still hanging around while everyone else started already, but once we got out there in the groves, the girls went to town. We picked the darker ones, which are sweeter and older. They explained that they prefer people not to pick the stems as the next years fruit is just directly behind the stem, in the cluster. You could see it easily. But my friend, Melanie, explained how to properly remove a cherry with the stem, without damaging next years harvest. When the stem is intact, the fruit will stay good for an additional four days. 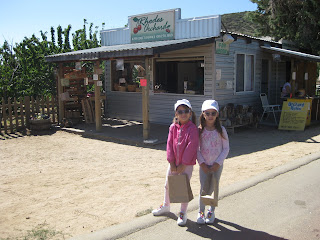 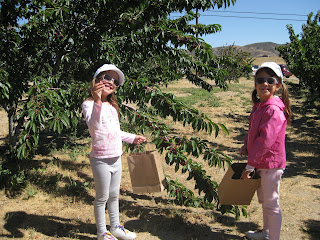 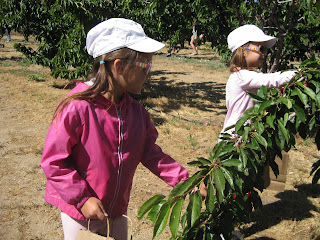 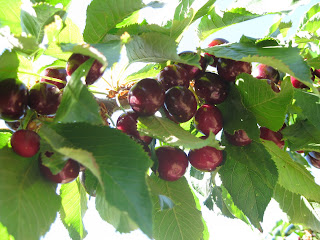 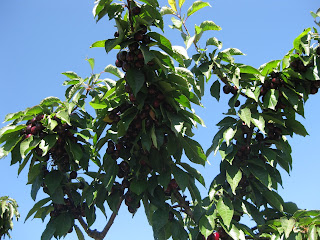 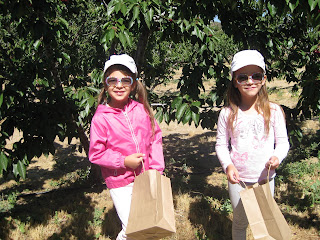 The cherries were just $2.75 per pound and they were delicious. While not certified organic, the trees are not sprayed or anything, so you can eat the fruit without washing. Of course, most of the picked cherries went directly into the girls bellies, instead of our picking bags! What a mess we made :) 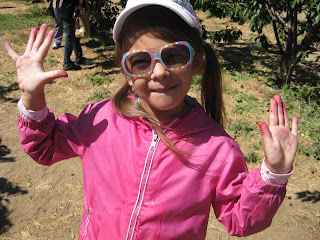 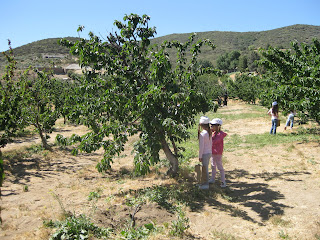 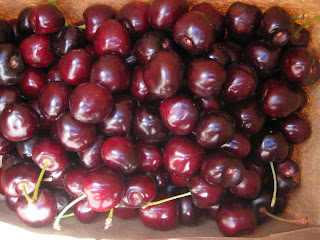 We only picked a little over 5 lbs, again, because the other 5 lbs were in the girls bellies and though they had a scale, we declined to be weighed :)...I wished we picked more because we bought a pitter and were planning on baking some wicked cherry pies, but alas, the fruit got eaten before we got to the bakin'. It was so good! 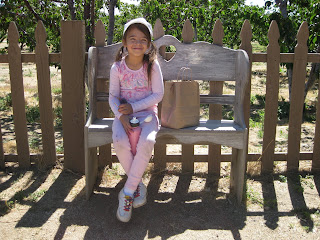 I also learned that we should store what we won't freeze directly in the fridge without washing first. Washing will make the fruit spoil quicker, so we just put it in several bowls and would just wash what we were eating at that sitting... 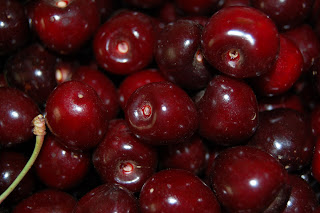 Boy was that DELICIOUS!

We have two sets of families coming to visit with us over the next two weeks, so I might be quiet for a while, but if I can sneak on, I'll post some of our other adventures. I've got a felting post to do and one about some little critters we adopted last weekend. All in good time :)

Have a great weekend!