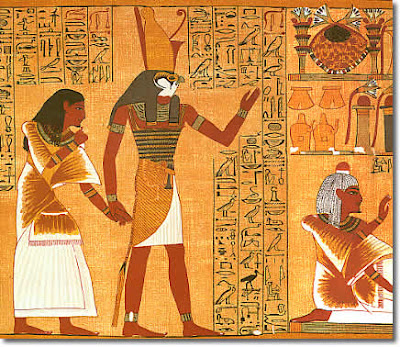 Tony was a history major in college and has ignited a passion for history in me, as well as the girls. He's a marvelous storyteller - always engaging the girls in verbal retellings of some of the most famous stories fact/fiction in recorded history. The girls love hearing about King Arthur, about Troy and Achilles and Hector, about Agamemnon, about Javert and Jean Valjean...
We bought a used copy of "A Child's History of the World", first printed in 1924 by V.M. Hillyer. It gives a brief history of our civilization in story form. As the Braveheart screenwriter wrote, History is written by the winners. History is subjective and things get lost in translation, in time. Not all survived and a viewpoint is told. We all feel we are on the side of the "good guys", but ask the guys on the "bad side" and they will swear they are in the right, etc. Facts are later disproven and beliefs change...
I thought the Hillyer book would be a good whole picture introduction, before we start "Story of the World" next year. So much of life and understanding is centered around history. Tony and I both feel it deserves more spotlight in education.
We just began it a week or so ago and on chapter 6, we learned about how writing first began, according to Hillyer - with the Ancient Egyptians.
We learned that the first paper was made from Papyrus reeds (hence the name "paper") which was flattened and then rolled up into a scroll. We made our own scrolls by rolling paper that had the girls names written on it so they could grasp the general idea of scroll reading and writing.
We discussed hieroglyphics and learned about the ancient stone found near the mouth of the Rosetta stream which had a story written in several languages, including Greek and Egyptian hieroglyphics. The archaeologist spent 30 years translating and thanks to his discovery of the Rosetta stone, we now *understand* and can read the Egyptian hieroglyphics. We talked about picture writing and thought it would be fun to make up our own language. I drew some pictures and a key for them and they translated my messages.

After each chapter, there is a little picture to color. The twins take turns and then cut it out and we paste it on our time-line to grasp the understanding of "time" and how our history unfolds.

Later, we decided that we wanted to try to create the ink that the Ancient Egyptians used, according to Hillyer. After our last fire, we asked Tony not to sweep the soot and we took the soot, mixed it with water and since we didn't have any reeds to write with, I got out our quill pens from last year's Pioneer Day with our local homeschooling group and we used those...

Another new fact we learned that I'd love to share with you...apparently, Ancient Egyptians were passionate about poetry and several love poems have been discovered in The Valley of the Kings. See link here.

So I will leave you with this translation of this 6th stanza which encompasses the feelings of an Egyptian woman in love with a certain young man and her hopes that her mother will embrace this love:

I passed by the front of his house,and found his door was open.
Brother was standing beside his mother,all his brothers were with him.
Love of him steals the heart of any wayfarer,perfect youth, none like him,choicest brother, a miracle.
He looked at me when I passed by,but I am too alone to cry out.
How my heart races for joy,brother, when I can see.
If only the mother knew my desire,if she would accept it at once.
Gold Goddess, yes, put it in her heart so I may rush to the brother,
I would kiss him in front of his staff,
I would not cry tears for anyone,
I would be happy that they realised that you are the one who knows me,
I would make festivals for my goddess, my heart has escaped to go out to let brother see me in the beautiful night, fully, in passing by.

For more, including pre-translation, see this site here.