This past week, we introduced the Plus Gnome to the girls as we continued the story. Lucy and Phineas, led by the Ancient Wolf and Gnome Share, headed back over through the Pine Cone Forest (earth element) on the journey to get the children back home. Here are some of the activities we did this past week.

As they got deeper into the forest, they suddenly heard a voice shouting,
"Mine! Mine! Mine!
They're all Mine!"
And out came a chubby green gnome, his pockets bulging with gems.
He was rather friendly, but very suspicious that perhaps the children were going to want to take something that he found. He gathered his precious amethyst crystals and clung fast to them.
Gnome Share introduced the children to him and the girls told Gnome Plus the story of how the children came to this enchanted land.

We then were introduced to the process of adding through whole to parts, just placing gems in a container I had saved for math/sorting. We would start with a number and then divide it into the slots to see that it added up to the same number with which we began.
Gnome Share also convinced Gnome Plus to show us his treasure chest which was full of sparkling (glass) gems.

And we drew his picture in our Main Lesson Book. 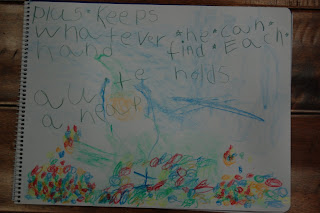 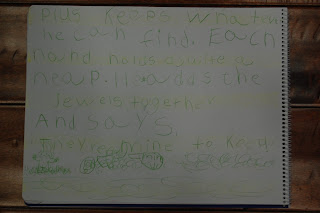 In retrospect, I wish I would have bought larger MLB's for the younger years since it is hard for the children to space out their letters and make them small enough to fit in a space, so Elena ended up writing over her picture and at that point, I gave her a new page to write her verse on.
Since we only have one blackboard and they were copying it into their MLB's, I used my white board to show them some equations we did together. Charley then drew Gnome Plus & Gnome Share. 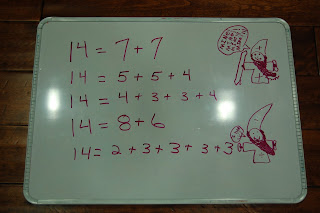 The story continued with the children showing Gnome Share and Gnome Plus the *runes* in Roman and Arabic numerals. 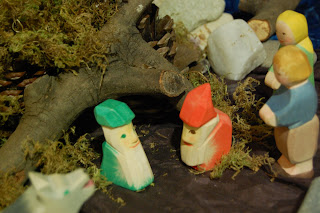 They each reached into the bag and took out a certain amount. They put them in numerical order and then counted out the appropriate number of gems to place underneath each number. 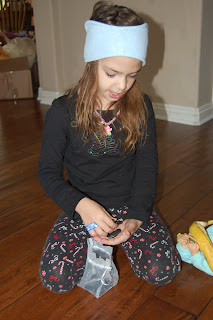 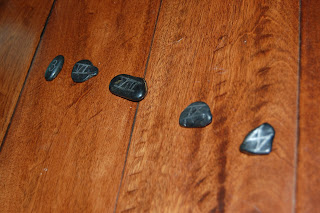 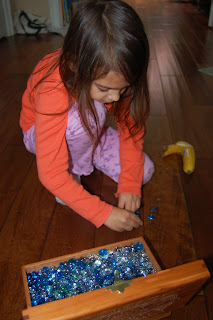 Again, I wrote out what they pulled out (later realizing five runes were quite a lot at this juncture so we scaled back to just three each)... 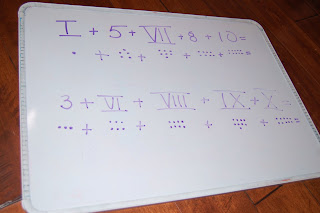 Soon, a donkey and two horses brought out more gems in bags from deep within Gnome Plus' mine so we had to count them. 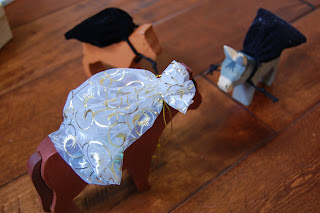 We matched the numbers on the runes to the number of gems. 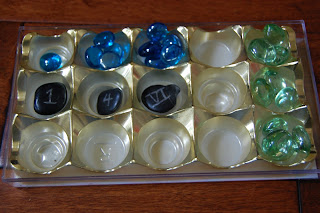 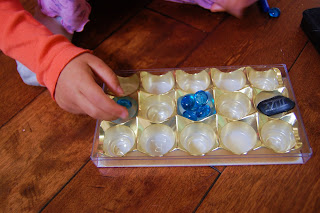 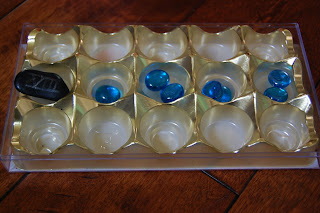 We then distributed them among the characters. 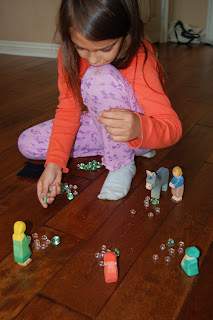 For a lot of fun (and I have to credit Marsha Johnson with this idea), we wrote our Plus sign in our sandscapes in all sorts of hilarious ways (chins, noses, elbows, feet, toes, etc) :D 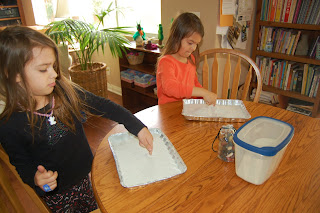 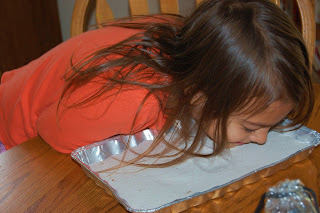 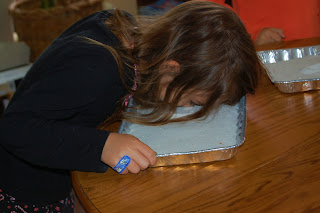 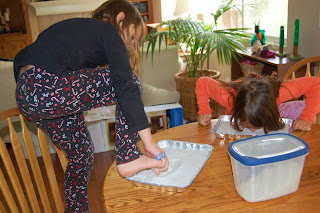 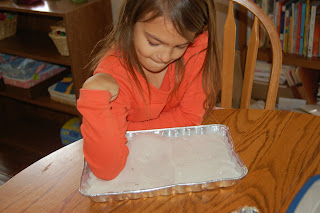 We counted by twos again and jumped from beanbags up and down... 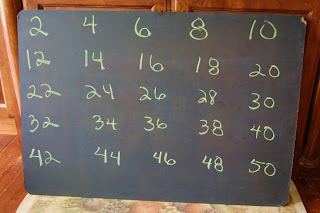 On our final day, I used inspiration from Ron Jarman's, "Teaching Mathematics in Rudolf Steiner Schools" and got down our well loved playscape that I made last year. Jarman has one problem that involves picking some apples off the tree and placing them into three piles that will add up to the number picked... 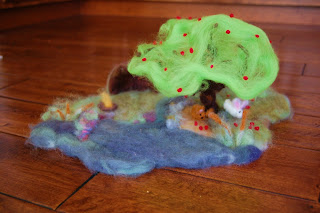 So we placed apples on the tree and two bunnies sat underneath. Some apples fell to the ground and the bunnies picked them up and counted them. They then placed them into piles for themselves and the other bunnies to share. We did several different exercises surrounding this. 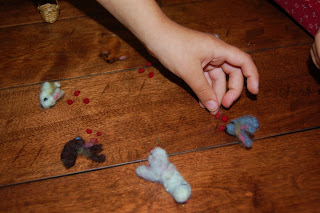 And then we heard some noises and voices getting closer and closer as two gnomes (in Gnome Share & Gnome Plus) colors came out of their cave carrying piles of gold that they mined. (Gnomes were made by my wonderful sister and the gold was actually fish gravel spray painted with gold paint for a field trip we attended last year). 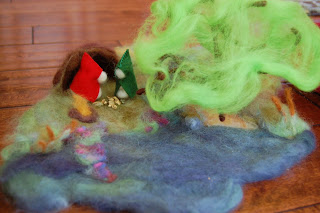 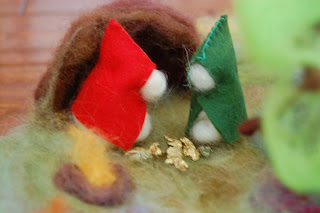 The gold was counted... 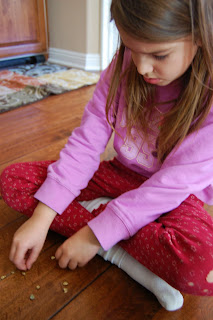 And we engaged in several more equations... 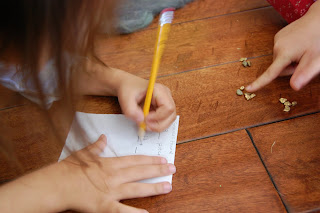 Afterwards, we drew in our MLB's - first the playscape scene and then the equations. 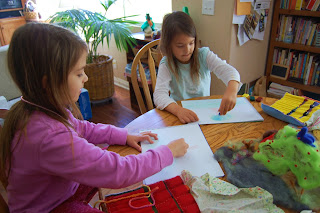 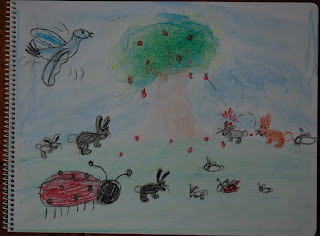 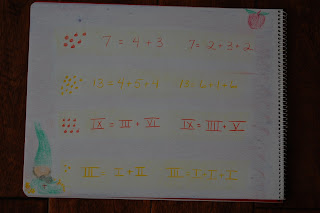 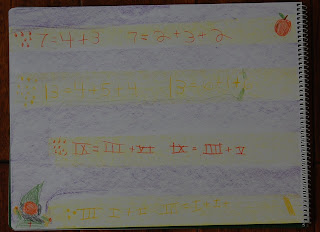