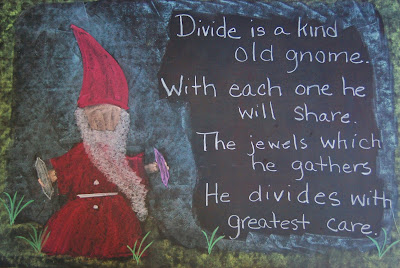 Last week, I introduced the girls to the character of Gnome Share through an extensive story here. We continued through the week with various exposure to the concept of division. Here is some of what we did that tied into math...

In our first Maths Block, I had several stories going for the qualities of numbers that I thought I would weave number stories into this block. So for the number One, I told the girls the story of "Offerus the Giant" by Jakob Streit found in "The Easter Story Book" (the legend is actually of St. Christopher and is found in many books by various authors. Here is a very short version of it more appropriate for young ones, which takes out the devil section and the section in the end where St. Christopher goes Home to Heaven.) One represents God. 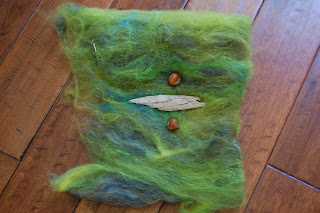 I showed the girls the chalkboard drawing and read the verse to them. We then drew it in our main lesson books together. 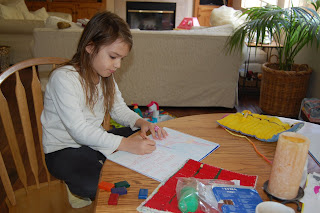 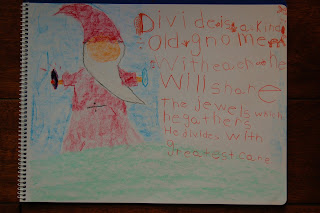 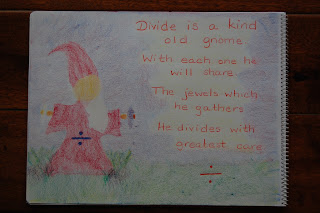 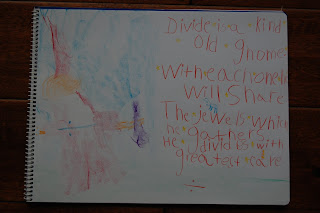 Gnome Share told the story for number 2, which was "The Two Kings' Children" by the Brothers Grimm.
For number 3, he told, "The Three Sons of Fortune" by the Brothers Grimm.
All week we've had fun *sharing* things together. For the first exercise, I took the basket of eggs we painted and counted out 12 of them in one basket. I presented two empty baskets next to it as follows: 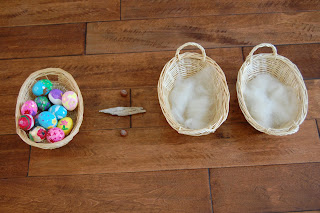 I told Elena that I'd like her to count the eggs and then divide them evenly so that she and her sister would have an equal amount. 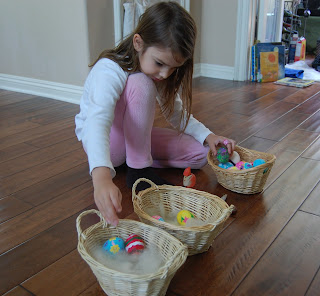 She loved this! I then made up a story of some squirrels who were hungry and gathered around her, hoping she would share some nuts. So she worked within the confines of the story and was dividing them equally among the squirrels. I then would increase or decrease the number of squirrels so that she could see that 24 divided by 4 equals 6 and 24 divided by 6 equals 4. Or 24 divided by 2 equals 12, etc. 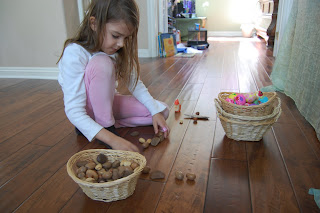 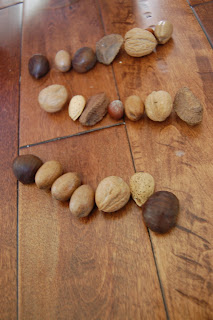 Then Charley finished what she had been working on and came to try, too. 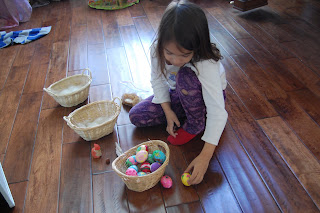 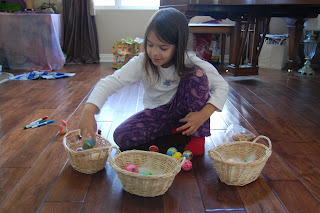 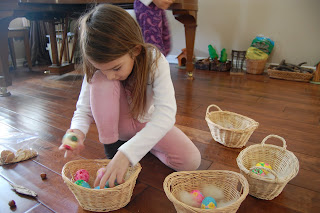 They had so much fun with this and started to see some patterns. I wrote down the equations on a dry erase board. And we made a second MLB drawing to represent our equations. 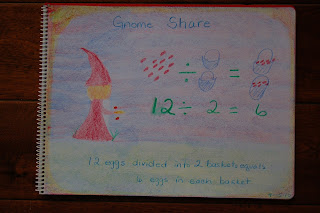 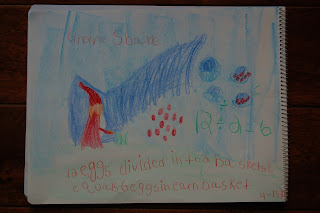 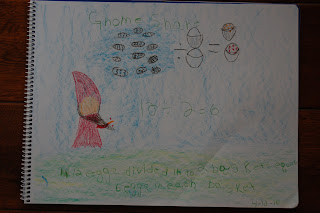