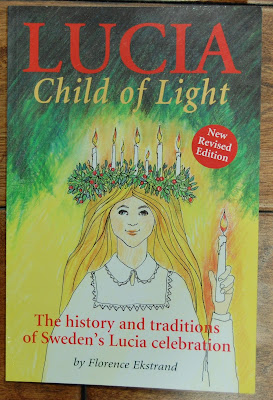 St. Lucia, a Sicilian born in 284, rose to become one of the most celebrated saints in history. Born to a prosperous family, she was devoted to her Christian faith, and was brutally tortured and put to death defending it. Legend has it that she vowed to remain a virgin and to serve the poor. After her mother was miraculously healed from hemorrhaging, when the two women prayed at the tomb of St. Agatha, Lucia convinced her mother to allow her to give her substantial inheritance away to the poor. The story goes that Lucia's father had bequeathed her to a pagan who was furious when the dowry disappeared, along with his future bride after she convinced her mother to allow her to dedicate her life to serving God. The jealous suitor turned her over to the authorities, who (under Emperor Diocletian during the age of Christian persecution) had her basically tried as a witch. They tried several times to kill her, but miracles occurred until she was finally run through with a sword. The beautiful Lucia was a mere 20 years of age.
Later, the stories surface claiming miracles tied to this Italian maiden, who was venerated by Pope Gregory the Great, including a legend in the middle ages when a large boat, empty of passengers, arrived in Sweden full of food and drink for the starving people of the town. Some swore they had seen St. Lucia with a light surrounding her head on the bow of the ship just before it landed.
Some time later, she became the patron saint of Milan. She was also adopted as a very important saint by Sweden and now a lovely holiday tradition takes place yearly in her honor.
It was said that she brought bread to the poor Christians hiding out in caves and the wilderness. She strapped torches onto her head to free up her hands to carry and distribute the bounty. Hence, the tradition of the Light Wreath came to pass.
With two 6 year olds, I decided to instead make two crowns of wool so that the girls can safely partake in St. Lucia's Day on December 13th.
I used pipe cleaners (about 6) and wound three together, then cut the others in half and wound them around to make 5 flames (5-7 is traditional). 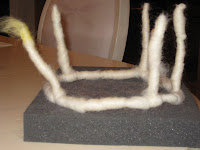 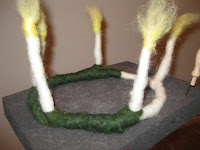 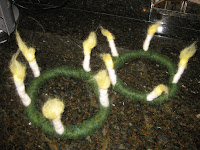 Here is Elena modeling one of the wreaths outside of my dad's house. 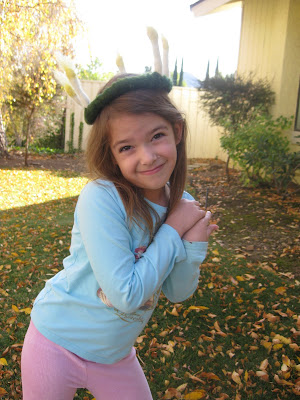 Here are some nice links on this holiday, including recipes that you might enjoy. We are hoping to make some of the breads, both the candled one and the traditional Lussekatter buns that we will leave out on the eve of the 12th for the girls to take up to us in the morning :D
Here is a wonderful St. Lucia site.
Here is another version of the St. Lucia wreath you can make if you don't wish to needle felt it.
And here is the Star Boy hat for little boys participating in this festival.
- History of Saint Lucia, how this patron saint of Milan became so embraced by the Swedish peoples & recipe can be found here.
- Brief history with recipe and special dough shapes can be found here.
- Here is a beautiful bread to bake in the shape of St. Lucia's crown.
- This is a picture book about St. Lucia. I haven't read this one, but heard about it and thought it looks interesting.
- A recipe for Lussekatter buns served on the morning of the 13th can be found here.
And a wonderful little book (pictured at the top of my blog) can be found here or at the Steiner College Bookstore here. It gives a brief background on St. Lucia and how she became embraced by the Swedish people, ways to celebrate, songs, recipes, and related books and cd's. It also has a short chapter on the Swedish Tomte, who is often included in the St. Lucia festival. The Tomte is connected to the home and to the farm. He cares for all the animals and looks after the sleeping residents of the home, especially the little children, though the Tomte is never seen.
And, of course, this classic can be tied in during the week leading up to St. Lucia's Day, along with the sequel, "The Tomten and the Fox", both by Astrid Lindgren... 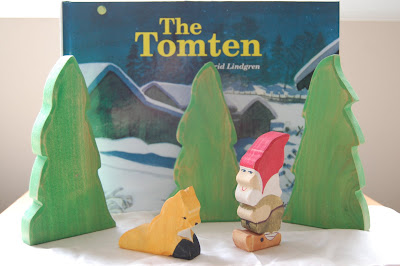 Have fun planning for St. Lucia's Day! And happy 2nd week of Advent!
Posted by Jen at 12:36 PM