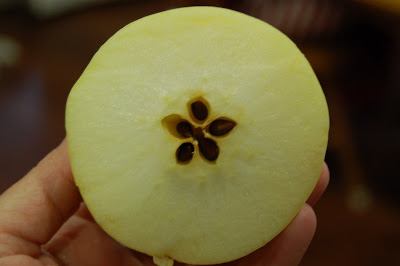 V: Five Pointed Star
Like a mouse I GO
Fearfully on tip-TOE.
Looking to the LEFT,
Looking to the RIGHT;
Watching to and FRO
Danger's not in SIGHT.
Lightly I arRIVE,
I am number FIVE.
1,2,3,4,5! 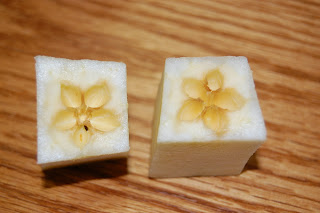 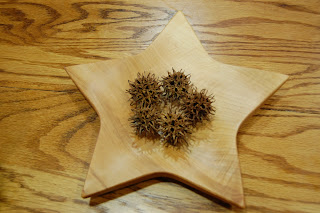 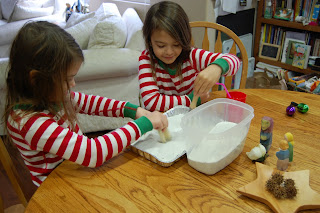 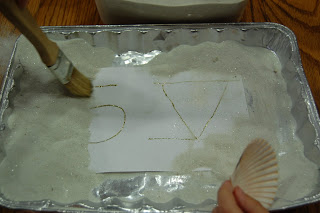 We continued the lessons as we had done so in the previous post here, tying in rhythms, riddles, movement, senses, and stories before drawing in our MLB. 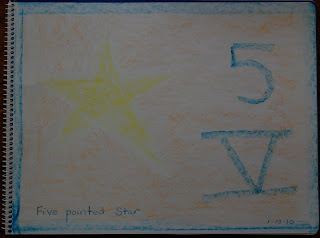 My drawing was inspired by the amazingly artistic Momma at Our Little Nature Nest here. She has some unbelievable ideas and presentations that will knock your socks off. 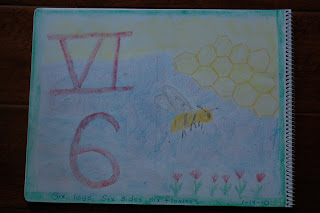 We added more movement earlier in the week with jumping over sticks. With the help of my MIL, we got the girls going a bit with the long jump rope, twirling and counting in rhythm with them. It was really exciting to see them start to get it! I also had them walk the form of 6 point star and placed our long jump rope in a circle in the grass and had them run around it with one foot in the circle of the rope and one outside of it. Then, they did it backwards :D

Another fun movement we added was using sticks my husband trimmed from our trees. I placed them on the sidewalk and using chalk, wrote the Arabic and Roman Numerals. The girls had to jump with both feet over each stick while counting in English, then in Italian on the way back. Then they tried hoping with one foot and then running over them and counting quickly. It was a blast! 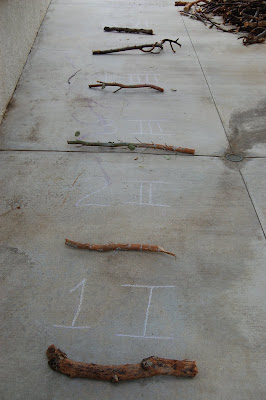 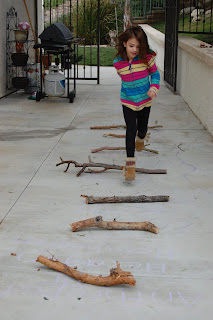 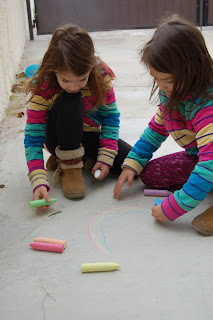 There were lots of fun elements with the number 7. We discussed the seven colors of the rainbow, drew it with chalk. And then when the girls jumped the seven sticks, they recited the seven days of the week over each jump. It's amazing how adding the movement makes it harder so that they really have to concentrate to do so much at once, but it also really cements it into their entire being and not just surface memory. Charley kept omitting Wednesday, which she normally never does.
We also enjoyed a nice snuggle on the couch while Mommy read the tale of Little Snow White. 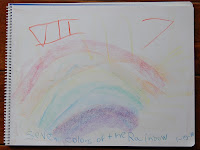 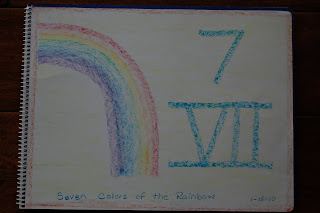 For this number, we enjoyed the tale written by Dorothy Harrer in her book, "Math Lessons for Elementary Grades" entitled "The Family that Became One Person: A Story for the Number 8". This book is a handy small guide packed full of useful information for the homeschooling Waldorf family who is not following a set curriculum.
We also followed a wonderful riddle on the number 8 and a book reading suggestion from the marvelous Donna at School for All Seasons.
I have 8 legs to carry me around
I live in corners and close to the ground
To eat, I must spin and I can jump
Don't mistake me for a small bump
~ spider!

And I read to them "The Little Spider's First Web" by Clara Dillingham Pierson. 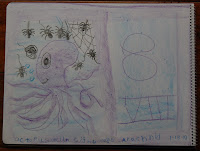 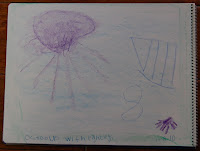 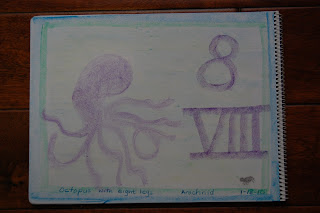 IX: Nine Lives of a Cat & Nine Apples in a Tree

Nine is a hard one. The girls love animals and wanted to do the nine lives of a cat, but it would have been pretty complicated drawing them all. We talked about the 9 planets in the solar system - ok still not sure about that one...IL considers Pluto a planet, but it's now listed as a "Dwarf Planet"... but we just skipped all that and drew one cat (Elena drew two) with Nine Lives (none have been used yet...) and as suggested by Marsha Johnson, one apple tree with nine apples...and yes, we proceeded to eat real apples (not nine of them, mind you)... 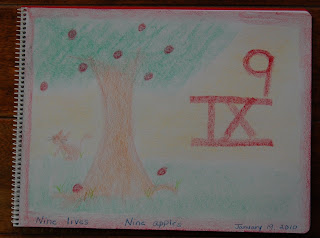 And tomorrow is a really exciting day for the girls because we will be learning the final number. We've been working to match our Arabic to our Roman numerals in preparation of acquiring the secret code to unlock the magic cave so our little children can find their way home. Tomorrow, at the end of the lesson, the girls will plug in the secret code and we shall see what awaits them in the cave on the summit of the mountain in this magic land...
Posted by Jen at 1:14 PM