In Memory of my Great Uncle Frankie :( 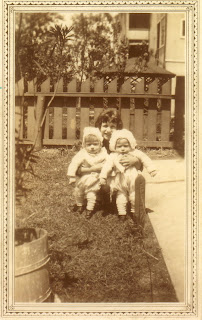 We just found out yesterday morning that my great Uncle Frankie (youngest brother of my beloved Grandfather - and identical twin of my great Uncle Bruno) passed away on Tuesday night.

Here is a picture of my great Aunt Helene and the twins (Frankie & Bruno - though I don't know which is which) about 80 years ago...

As a mom of twins, you often get asked whether or not your twins are "natural". One of my friends who has multiples always responds with a resounding, "No, they're aliens and as unnatural as they come!" LOL Nonetheless, there seems to be an obsession over twins. The passing of my uncle Frankie hit my husband and me in a more intense way, though, because of our twin girls. It made me think about them and their incredible bond. I can't imagine them without each other. They literally are two "peas in a pod". My heart breaks for my Uncle Bruno :(

Frankie is a miracle because he lived for 17 years with someone else's heart. At the time, he was 63 years old and received a heart from a young man who died in an accident. He always bragged that he was UCLA heart transplant # ___ (can't remember the number). But they didn't give transplants to anyone over 60 and he was their first exception. He is blood type B+ and his son recently told me that they did not have good success in B+ transplant patients. Most heart transplant patients develop cancer within 10 years since the immune system is so suppressed. Not Frankie. Through it all, he went through his surgeries and visits making jokes and keeping his faith.

After 17 years, he finally developed cancer in his lungs and spine and he was functioning on only one kidney. They told the family he wouldn't make it past the day, removed him from support and into a private room while they waited for him to let go - yet he held on for over a week afterward. Frankie was stubborn and he wasn't leaving on anyone else's terms and there was something he had to do first.

Frankie had to say goodbye to his "other half".

Bruno made it out and they spent a whole week together. Bruno said his goodbye to his terminally ill brother, boarded a plane and within 24 hours, Frankie finally let go.

Yesterday, we began our day by lighting a candle and saying a special prayer for Uncle Frankie and his family... 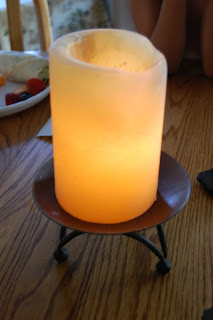 A little time on earth he spent
Till God for Him, His angel sent. 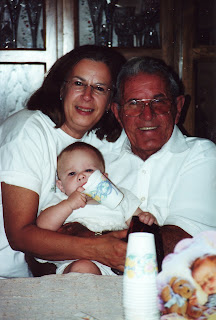 Say hi to my Gramps up there, Uncle Frank - we'll never forget your Donald Duck impressions...xoxo